The Galway Chess Congress was held in the Menlo Park Hotel, Galway, on the weekend of 17-19 October. We are very grateful to the Menlo Park Hotel for providing such an excellent venue, and our sponsors: the Irish Chess Union and Blackthorne International, and Grandmaster Alex Baburin (who donated two books as prizes when, unfortunately, at the last minute he was unable to attend).

The Masters section was won convincingly by IM Vladimir Sveshnikov, with 5 points out of 6. Second equal, half a point behind, were Valentine Kalinins and Philip Short. Philip Short also retained the Connaught Champion cup. The grading prize was won (also for the second year in a row) by Don Short. Clearly the Shorts thrive in Galway

The Major section (under-1800) produced a very close and exciting finish. The winner was Michael Bradley on an excellent 5½: Michael actually won all his games, as he took a travelling bye in the first round. Second equal, on 5 points, were Gearoidin Ui Laighleis and young Daniel Dwyer, who drew with each other in round 4 before finishing strongly with two wins apiece. After four rounds on the Saturday night the sole leader had been Gary O’Grady, with 4 out of 4; but Sunday was not good to Gary and 4 points was his final tally. This was, however, good enough to win a grading prize, tied with Galway’s Andrew Barber. The top grading prize went to Henry Li, also on four points, and the third grading prize to Robbie Kildea , on 3½.   Gearoidin Ui Laighleis also won the Women’s Prize, donated by Alex Baburin.

The Minors section was also very closely fought. Going into the last round, the leader was Conor Nolan, the only player in the tournament to have 5/5, whilst second place was held by Luke Keenan on 4½. Luke managed to end Conor’s perfect record and claim the title himself with a good win. Luke was then in a four way tie for second place on 5 points, with newcomer Killian Reape, playing in his first tournament, and brother and sister Agustin and Mercedes Plaza Reino. Grading prizes went to Jonathon Peoples, Denis Ruchko, and Eoin Hunter. 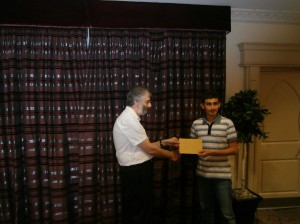 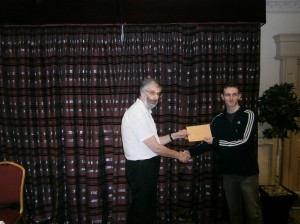 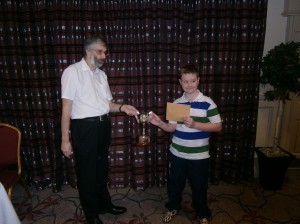 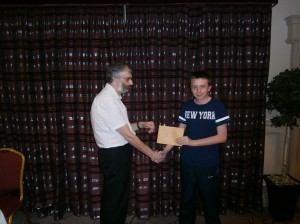 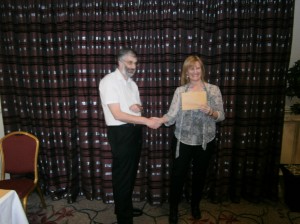 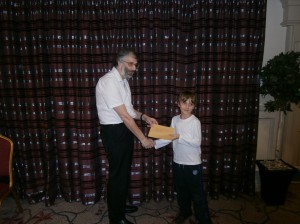 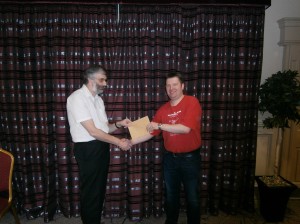 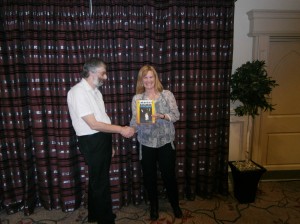 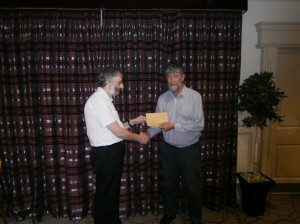 And a game by the winner:

This site uses Akismet to reduce spam. Learn how your comment data is processed.